Warning: Use of undefined constant TD_THEME_VERSION - assumed 'TD_THEME_VERSION' (this will throw an Error in a future version of PHP) in /home/infocus/public_html/en/wp-content/plugins/td-amp/td_amp_version_check.php on line 20

Warning: Use of undefined constant TD_DEPLOY_MODE - assumed 'TD_DEPLOY_MODE' (this will throw an Error in a future version of PHP) in /home/infocus/public_html/en/wp-content/plugins/td-amp/td_amp_version_check.php on line 20

Warning: Use of undefined constant TD_THEME_VERSION - assumed 'TD_THEME_VERSION' (this will throw an Error in a future version of PHP) in /home/infocus/public_html/en/wp-content/plugins/td-amp/td_amp_version_check.php on line 25

Warning: Use of undefined constant TD_THEME_NAME - assumed 'TD_THEME_NAME' (this will throw an Error in a future version of PHP) in /home/infocus/public_html/en/wp-content/plugins/td-amp/td_amp_version_check.php on line 25
 China devaluation sparks fear of currency war, angers U.S. lawmakers – Saudi In Focus

SHANGHAI (Reuters) – China shocked global markets on Tuesday by devaluing its currency after a run of poor economic data, a move it billed as a free-market reform but which some experts suspect could be the beginning of a longer-term slide in the exchange rate.

The devaluation was condemned by U.S. lawmakers from both parties as a grab for an unfair export advantage and could set the stage for testy talks when Chinese President Xi Jinping visits Washington next month given acrimony over issues ranging from cybersecurity to Beijing’s territorial ambitions.

China’s central bank set its official guidance rate down nearly 2 percent to 6.2298 yuan per dollar on Tuesday – its lowest point in almost three years – in what it said was a change in methodology to make the currency more responsive to market forces.

It was the biggest one-day fall since a massive devaluation in 1994 when China aligned its official and market rates.

A U.S. Treasury official warned China that any wavering in its commitment to a more market-determined exchange rate would be “troubling”, but added it was not clear if Beijing’s yuan devaluation marked such a step. 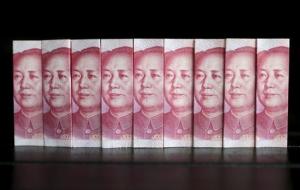 Chinese 100 yuan banknotes are seen in this picture illustration taken in Beijing in this July 11, 2 …

“It’s time for the (Obama) administration to focus more intensively on China’s cheating and label the country a currency manipulator,” Democratic Senator Bob Casey, a member of the Senate Finance Committee, said in a statement.

A cheaper yuan will help Chinese exports by making them less expensive on overseas markets.

The People’s Bank of China (PBOC) called the move a “one-off depreciation”.

“Therefore, it is necessary to further improve the yuan’s midpoint pricing to meet the needs of the market.” 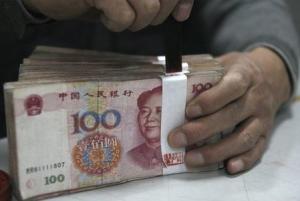 FEAR OF A CURRENCY WAR

Economists disagreed over the significance of a devaluation that reversed a previous strong-yuan policy which had aimed to boost domestic consumption and outward investment.

“For a long time, I gave the PBOC credit for holding the line on the renminbi (yuan) and recognizing that while it might be tempting to try to shore up the old-growth model by devaluing the currency, that really was a dead end,” said fund manager Patrick Chovanec of U.S.-based Silvercrest Asset Management.

The devaluation followed weekend data that showed China’s exports tumbled 8.3 percent in July, hit by weaker demand from Europe, the United States and Japan, and that producer prices were well into their fourth year of deflation.

The move hurt the Australian and New Zealand dollars and the Korean won, fanning talk of a round of currency devaluations from other major exporters. But some of Asia’s most interventionist central banks appeared to be holding their nerve on currency policy.

Economists pointed out that until Tuesday, China had held the yuan firm while its neighbors had debased their currencies. 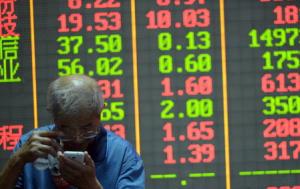 “It was inevitable that China would join the currency war at some point. The key will be the response of other central banks,” said Nick Lawson, managing director at Deutsche Bank in London.

AND FEAR OF DEFLATION

While a weaker yuan will not cure all the ills of China’s exporters, which suffer from rising labor costs, it would help relieve deflationary pressure, a far bigger concern in the view of some economists.

Falling commodity prices have been blamed for producer price deflation, putting China at risk of repeating the deflationary cycle that blighted Japan for decades.

Growth in China, the world’s second-largest economy, has slowed markedly this year and is set to hit a 25-year low even if it meets its official 7 percent target.

The devaluation was not only a shock to financial markets.

Chinese tourists who have become a common sight in the world’s major cities said they feared their wings would be clipped if the devaluation developed into a deeper dent in their spending power.

More than 100 million Chinese travel abroad every year, buying more luxury goods than any other nation.

“I’d planned to go to Seoul this month with my friends and then Thailand alone in October. But I’m afraid the yuan will devalue more,” Xuechang Huang, a 48-year-old housewife from Guangzhou, told Reuters.

(Additional reporting by Samuel Shen and Kazunori Takada in SHANGHAI and Vidya Ranganathan in SINGAPORE; Writing by Dean Yates; Editing by Mark Bendeich)